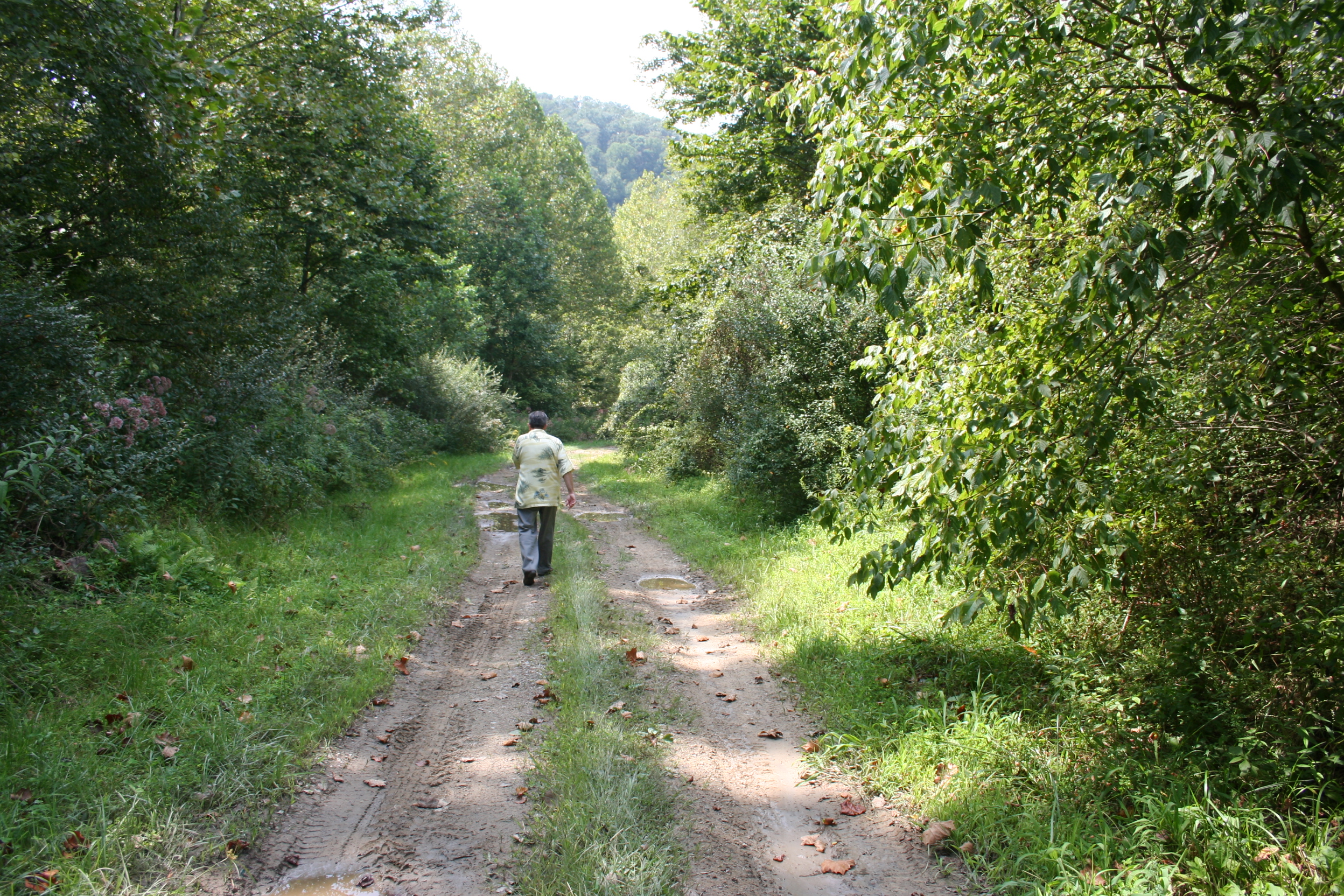 If home is a day of the week, it’s Sunday.

Once every seven days it rolls around, and my mind immediately turns to winding roads, church pews, food on the table, laughter in the air, warmth, love and comfort. Every Sunday reminds me of home, and this week was no different. Except this morning at church we started a new series called “The Journey Home,” so I couldn’t even pretend to not to be thinking of Huntington and Wayne and the roads that connect the two.

That title alone, “The Journey Home,” took me back to a particular day last summer—August 28, 2011 to be exact. So much has changed since then, but I have wanted to write about it ever since. That day is as clear in my memory as the mountain air. Back then I was still searching for a job, but I knew I wouldn’t be living at home much longer. I had a list of things I wanted to do before I left, one of which was to see where my Dad grew up.

On August 28, a Sunday, Dad said, “Well, let’s go.” We were at Mamaw Adkins’ house, the same place we were every Sunday afternoon. Now that Mamaw is gone, Sundays will forever be altered in my mind. But last summer, home and Sundays were as they should be, so Kayla and I climbed in Dad’s car and rolled the windows down. We were headed on Dad’s journey home, back to Kiahsville and Cove Creek.
[slideshow]

You see, I had passed by where Dad grew up, but I had never been up-close. He probably pointed over the side of the road, said something about a sycamore tree and told us about the old road. But I had never been on the other side of the guard-rail and on that old road because Dad’s home wasn’t there anymore. It was gone, grown-over and returned to the earth.

My dad grew up on Cove Creek around Cove Gap and Kiahsville, W.Va. When the State decided to build the East Lynn Lake, the Dyers had to leave their home. They had to leave the hollows and the old sycamore tree and where Dad used to ride his go-kart. They had to dig up the coffins and tombstones of their ancestors and plant them in new resting places. They had to leave the creek bed where he washed his car and the bridge his dad built to cross the same stream of water. Mamaw and Papaw Dyer left their neighbors and piece of ground, and they moved the family 50-minutes north to Lavalette.

So, I wanted Dad to show us the place. I wanted to know it, see it and take its picture. And that’s what we did. We had to walk because the road was too muddy and washed out for Dad’s car. Kayla in her church clothes was not prepared to dodge mudholes and weeds, which Dad and I thought was hilarious. We passed some park rangers checking the land, and then we finally made it back to where the house once was. Kayla and I couldn’t even tell a house had once been there. We saw trees, grass, thickets, grapevines, creek stones and leaves. But my Dad could see it. He pointed out where the garden used to be, where the porch was, and we found that old sycamore tree and pieces of the bridge Papaw built. Pieces of home were still there. I could feel it, but my Dad could see it.

“This is like that Miranda Lambert song,” my dad said. Except we hadn’t seen the actual house that built him. But, there was still a chance. You see the house hadn’t been destroyed back in the 1970s; instead the entire home was moved a few miles down the road across the county line. A tornado had gone through the area not long before we took our road trip, and Dad wasn’t sure if the house was still there. Or if someone still lived in it. We thought we might be like Miranda Lambert in her music video and walk up and knock on some stranger’s door.

Well, we found the house and there wasn’t a soul in sight. And let me tell you, there’s something scary about walking up to an abandoned house in the middle of the country. But Dad wasn’t scared. It was the home he grew up in. It was the house that built him, right there on top of the hill.

We walked up the uncut lawn and peered through the window. The house was completely empty. Dad opened the front door and turned the knob. Locked. I kept thinking, “Someone is going to shoot us.” But, Dad was determined. We walked around to the kitchen door … and walked right in. The door was unlocked, and just like that we had stepped into a time warp. We inspected every room. And some things hadn’t changed at all. The same kitchen cabinets hung on the wall; the same door knobs were waiting to be turned. Dad gave us the grand tour of his old, empty home; we stepped through his room and Janet’s. Dad showed us the knots of wood in the mantel that used to remind him of a raccoon. We stood in the living room where the Christmas tree would have been. And although the view out the window wasn’t Cove Creek, we stood there and imagined it was.

Then, we got back in the car, stopped at a store with Queen in its name, bought orange push-ups and headed back to Newcomb Creek.

Many a lyric has been written about going home and if it’s even possible. Well, last August we proved that you can always take that journey … if you can still find her. The earth, weeds and State of West Virginia had done its best to erase Dad’s homeplace. But we found it. And, of course, it was on a Sunday.
[slideshow]